The EAPL awards three prizes each year: a Lifetime Achievement Award, a Mid Career Award and an Early Career Award. The EAPL prizes and their criteria are:

This year was the first time for the EAPL to hand out a PhD Award! With this award the association honors works that make a sizeable contribution to knowledge in the field of Psychology and Law. Eligible were all defended dissertations between August 2019 and July 2021. Applicants had to be a member of the EAPL when submitting.

We would like to thank Lorraine Hope (@lorraine_hope) who, as Chair of the Award Committee, did an outstanding job with her colleagues. The committee was made up of: Lorraine Hope (chair), Melanie Sauerland, Martin Rettenberger, Timothy Luke, and Laura Visu-Petra

And now, we are proud to presents the winner of the first EAPL PhD Award 2021:

With this video you can see what an impressive PhD thesis Mikaela presented to us: 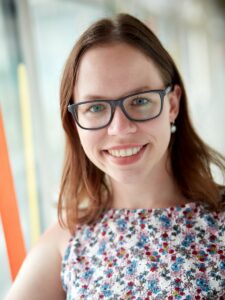 Dear members: We want to inform you that in 2020 and 2021 we will not organize an award round since our conference was postponed due to COVID19. See you all in 2022 in Cluj-Naposta (ROM)!

The rules for nomination and price giving are as follows:

Here are the recipients of the 2019 awards:

You want to see some impressions?
Go to impressions from 2019’s conference in Santiago de Compostela!

One way the EAPL acknowledges academic excellence is by bestowing the EAPL lifetime achievement award upon academics who have demonstrated particular excellence, impact, and involvement in the field of psychology and law.